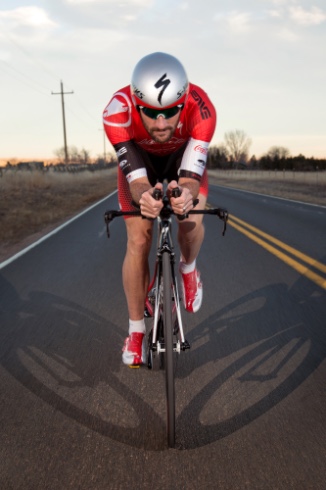 Recently I had the opportunity to photograph professional Ironman triathlete Tim Don for the UK magazine 220. I did my first cover shoot for 220 magazine 13 years ago and it's always fun working with them. I recently met Tim Don on a previous photoshoot and was excited to work with him again. He’s an amazing athlete, an awesome guy and easy to work with. I knew this was going to be a fun photo shoot. Matt, the editor of 220 magazine, was looking for cycling photos for the cover and also needed a handful of run images. After photographing Tim running at his favorite track we headed out on the country roads north of Boulder, CO.  I’ve shot photos of cyclists from the back of my truck before but this time I wanted to incorporate off camera lighting. With a ton of gaffer's tape, I taped a light stand to each end of my roof racks and then extend those a couple feet and attached speed lights to the ends with radio slaves. With my assistant Carol driving and me laying down in the back of the truck, I photographed Tim as he chased the truck down the road. We had essentially created a 20mph rolling studio. One of the flashes did smack a bush or two but it never fell off and kept working.  The lighting set up made for some fun photos with some great shadows and Tim did a terrific job of following behind the truck while battling a nasty side wind. I think we had a successful photo shoot and captured some really beautiful images. Everyone at the magazine loved the images and the issue turned out great. 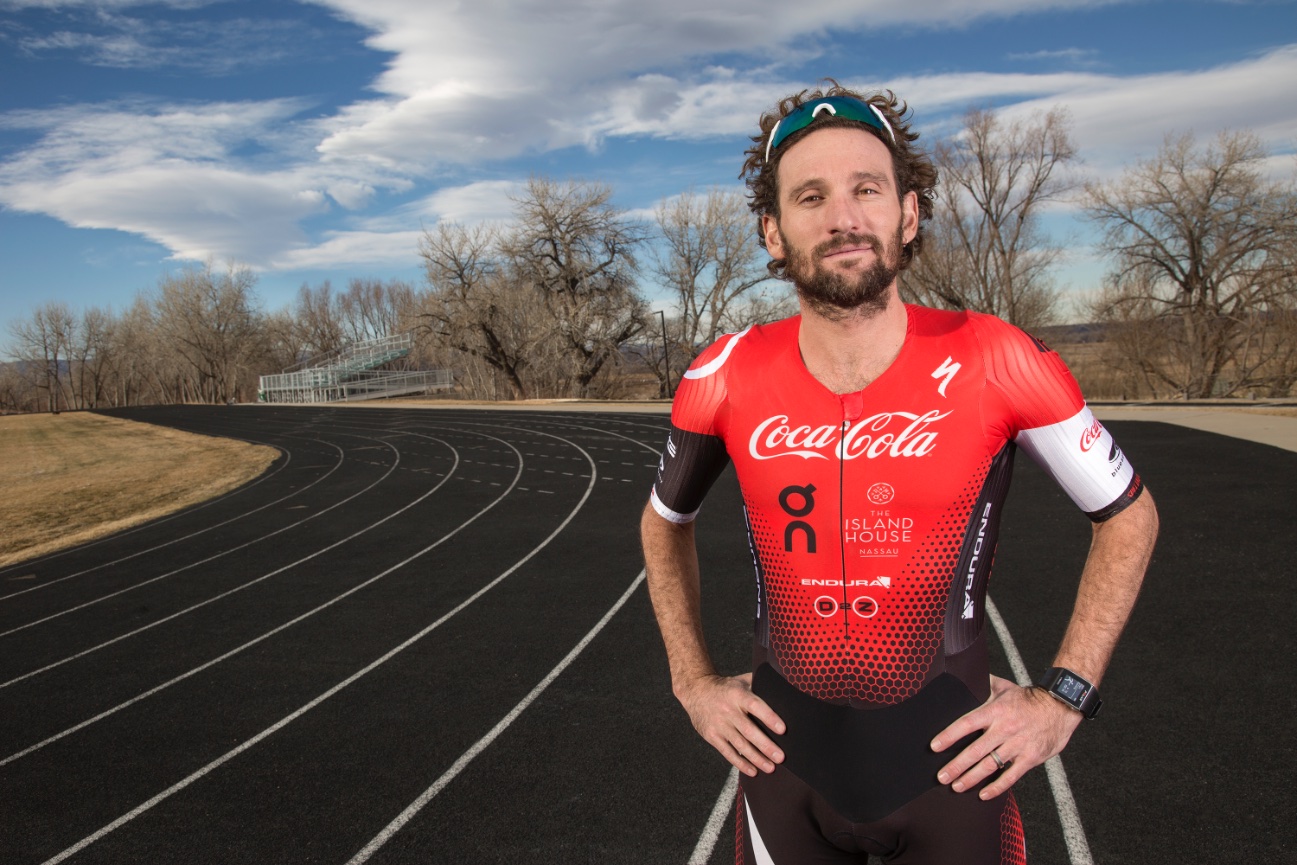 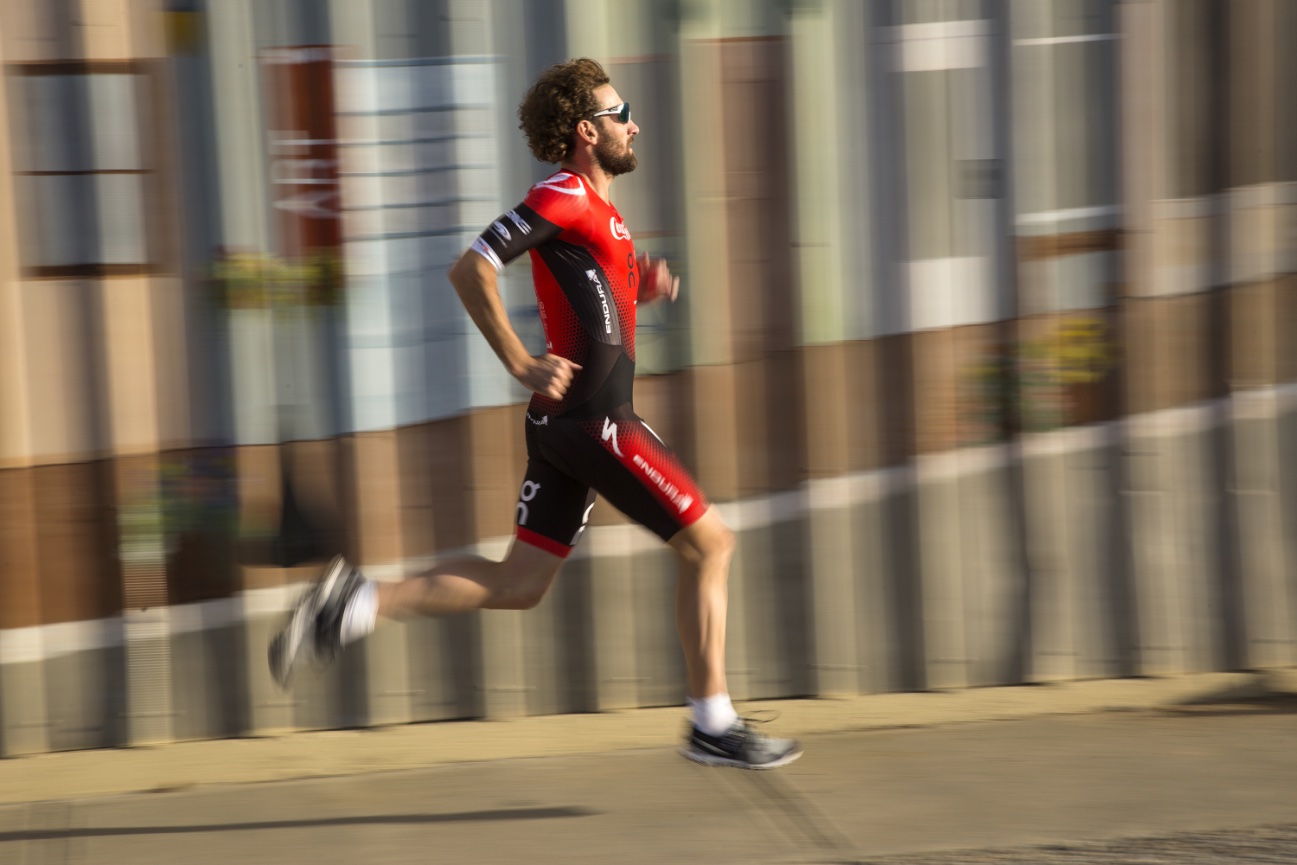 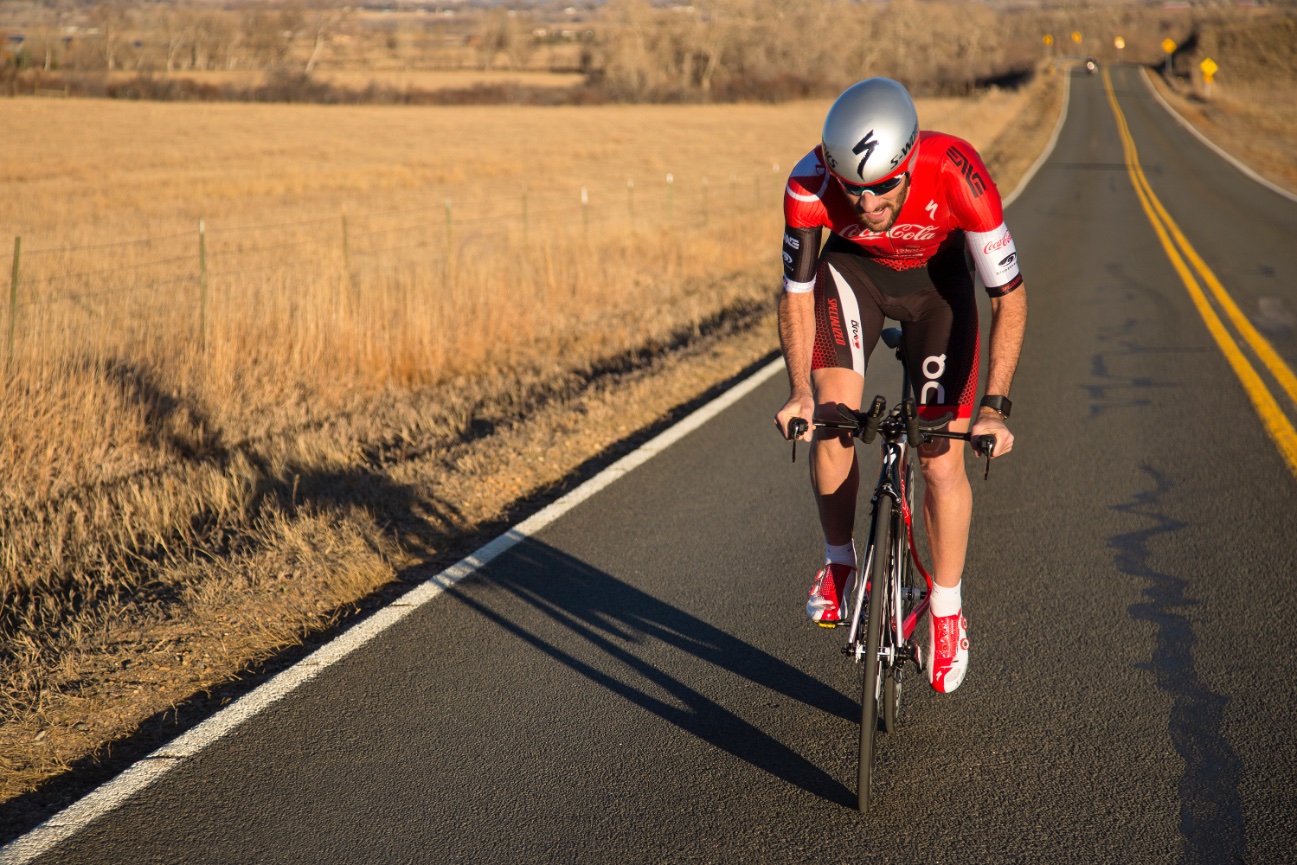 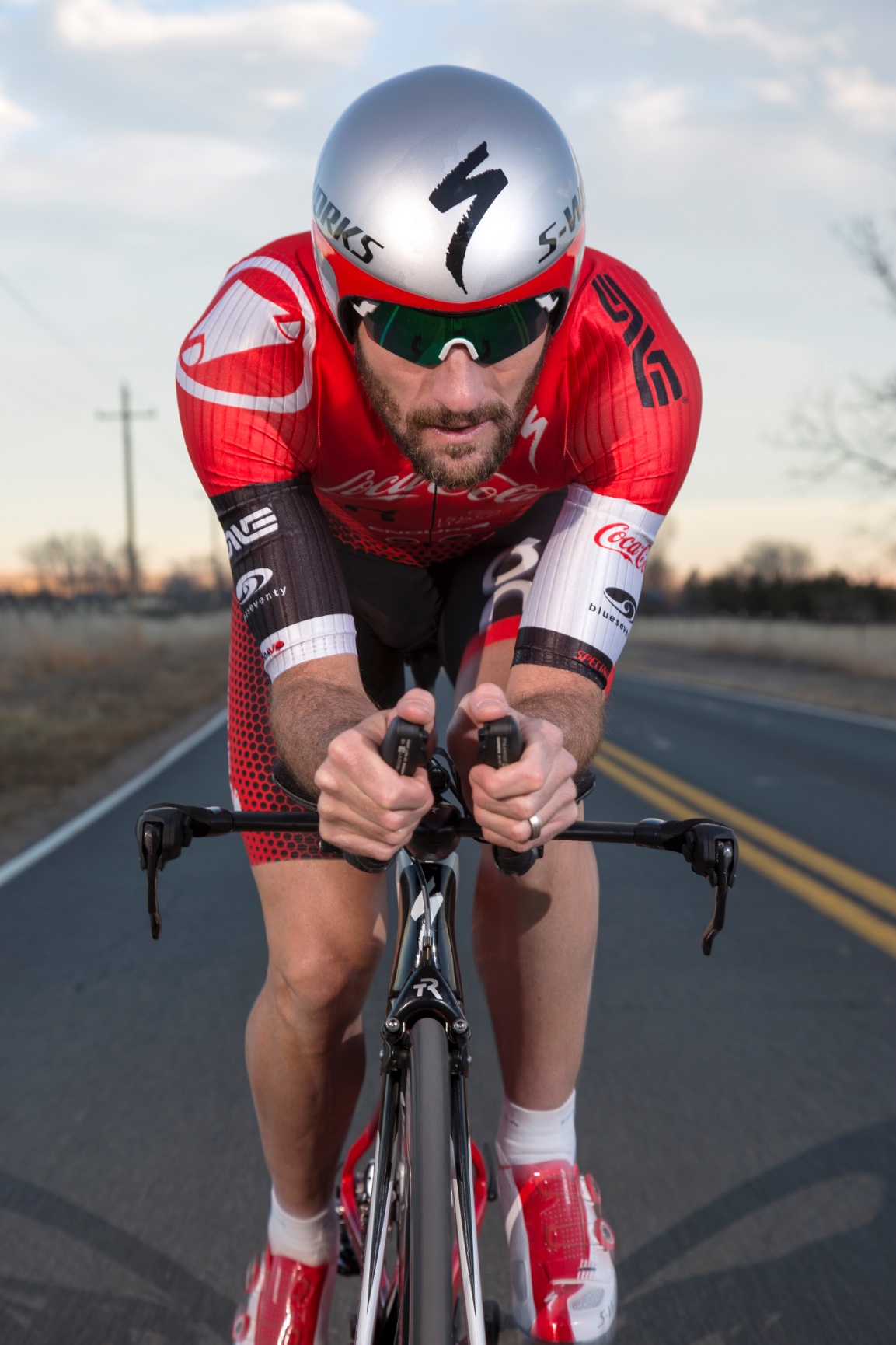 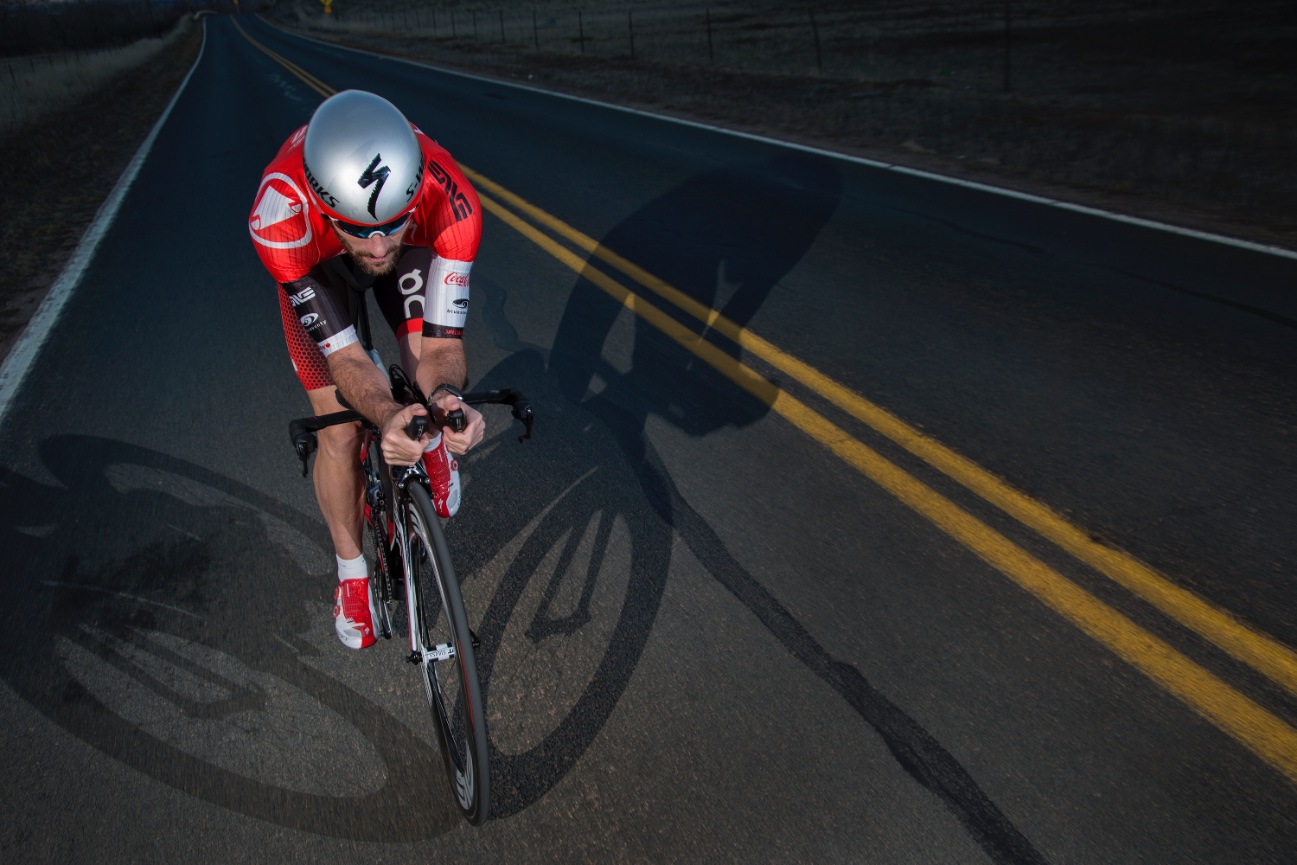 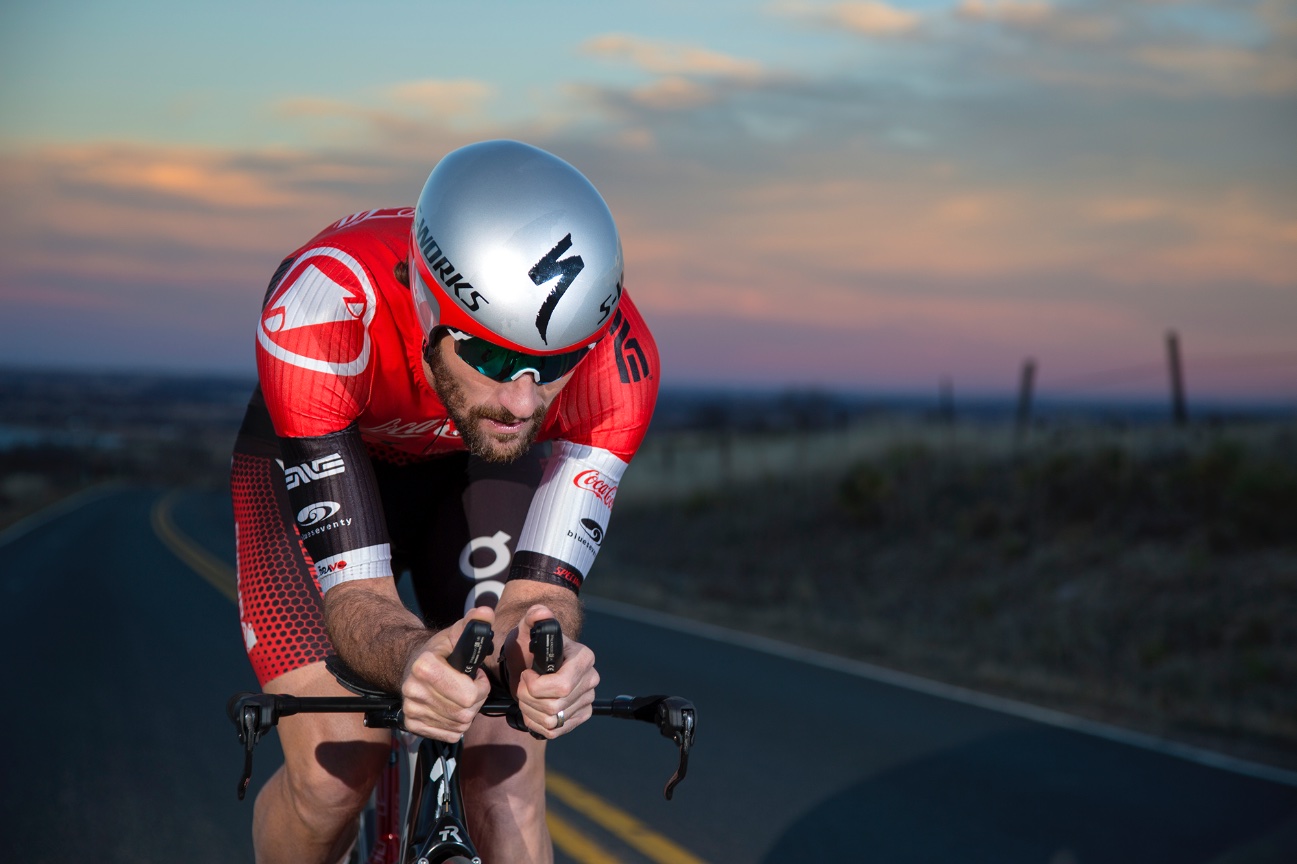 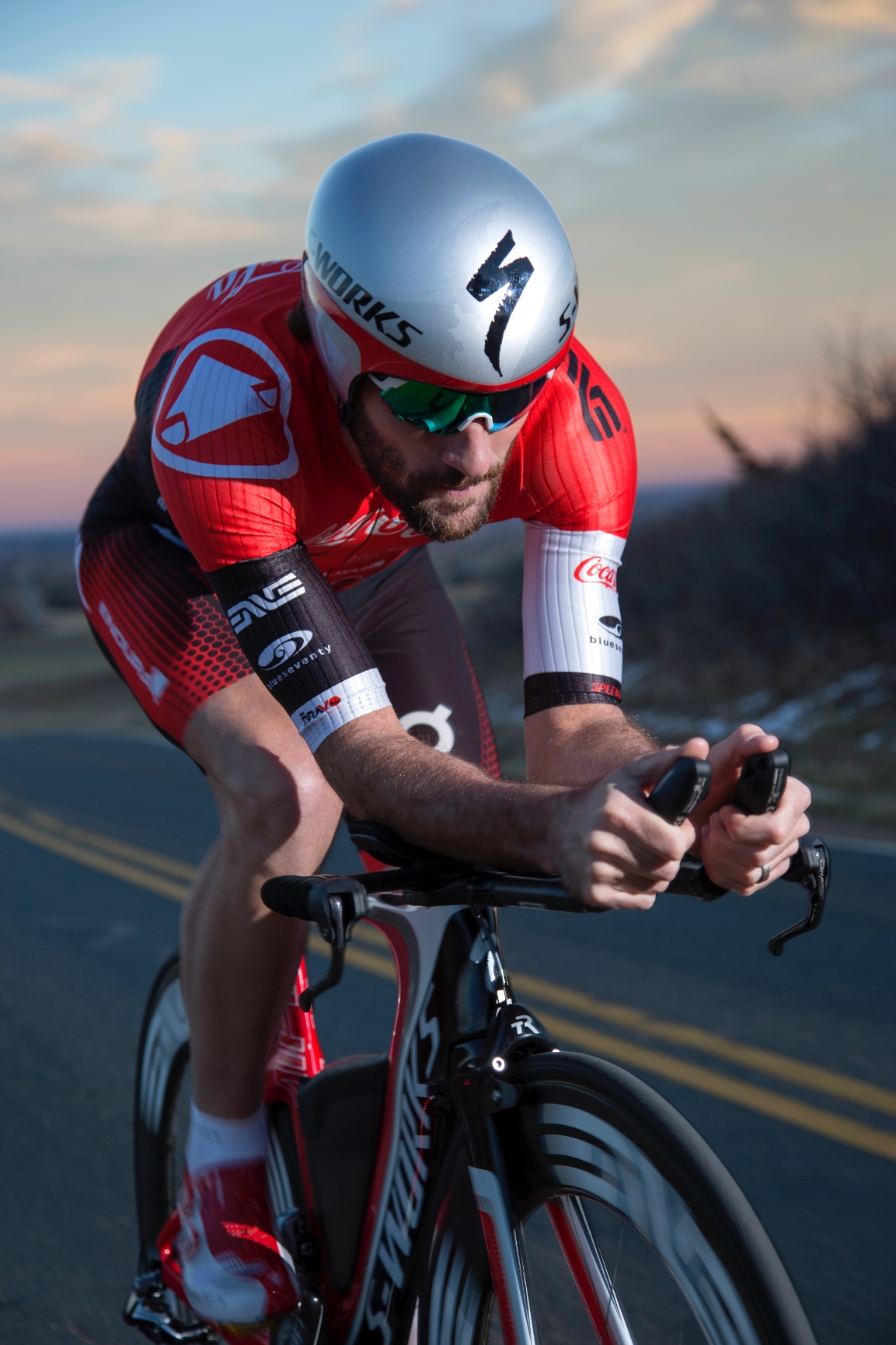